HAS THE NUMBER 666 BEEN DECODED?

666 decoded: The number of the beast

666 is an ominous set of number that has since ages been associated with evil. You need to know its dark implications, since it’s getting unawares into your daily lives and passing on controls to evil imperialists.

THE NUMBER 666 is widely known as “the number of the beast”. It is said to have originated from the Book of Revelation of the New Testament of the Holy Bible. In several popular works, the number is considered to be the number of Satan or Antichrist and has created much speculation regarding its significance. It leaves us wondering as to who will be the detestable prophet and when is the period of tribulation going to begin?

Many scholars state that the number is a code for the Roman emperor, Nero, a view that is strongly supported by the Roman Catholic Church. However, certain facts and studies reveal that 666 is not merely a numerical figure, but is associated with slavery and downfall of the human race. It is associated with ill omen and is creating a sizzle in the modern era.

Kevin Jones, numerologist says, “666 is a number associated with evil. Its magnitude can be both narrow and vast. It is likely to affect one and all. Nobody can buy or sell if unmarked by the number on his right hand or forehead.”

In many cultures of the west, there is widespread fear of the number. In scientific terms, the phobia of 666 is known as hexakosioihexekontahexaphobia. This leads people to avoid things related to the number and consider it to bring bad luck.

The number is strongly despised and people prefer not to move in a new house, buy a new vehicle or gamble with any numbers, resulting in the 666 combination. Some call it superstition while others call it a warning.

In 2006, the BBC listed hexakosioihexekontahexaphobia and its definition as fact #64 in its “100 things we didn’t know last year.”

The number gained immense importance and lured various horror movie directors to experiment with it. It soon became popular as the satanic number all over the world after the release of the Hollywood blockbuster, The Omen, in 1976.

Startling revelations
According to many, 666 is a sacred number, especially in the modern era. Certain religious sects also believe it to be a divine number. Certain facts have revealed that the human race is already becoming dependant on the number of the beast and the days of tribulation have begun.

According to Father Benjamin Massey, “The United States is on its way to becoming a cashless society. The most infectious economic movement is that of “smart cards” which are already used by many people in countries like Japan and Europe.”

A smart card is used to pay for all purchases one makes and avail benefits such as health, insurance and claims. The social security number, which requires every individual to be marked, is closely associated with the number of the beast.

Automatic identification is the dominant feature in the emergence of a cashless society. Biometric sensors are used to identify people by fingerprints, retina patters and other body patterns. In countries like Spain, Britain, the Netherlands, Portugal, Belgium, Norway, New York and California, dogs and cats are required to have microchip implants injected under their skin under the law. It won’t be long before similar implants will be injected in human beings as well.

Almost everyone is familiar with the UPC barcodes that are now there on most of the products of daily use. The three embedded numbers on every UPC barcode are 666. Here’s how: All the marks of bars in the code are associated with numbers except for the marks at the first, middle and end. They appear as “||”. If the numbers are taken away, we are left with the digits 666, which remain hidden in every bar code.

After labouring for years, the world’s financial institutions have finally declared the emergence of the global cashless society. Microchip technology and electronic currency will replace all monetary exchange. The giant behind providing this cashless system is a company named Mondex, which has already franchised over 20 nations. The entire system is based on smart card technology that employs microchips concealed in a plastic card. It stores electronic cash and identification. All electronic transactions will be made secure by secure electronic transaction (SET) protocols.

Mondex is a compound of the words Monetary and Dexter. Monetary means: pertaining to money while Dexter means located on the right hand. Set is Egyptian god of evil or Satan.

Keeping various security related issues in mind, the computer scientists decided that it might not be possible to carry the card everywhere. Therefore the ultimate option will be to place the microchip inside the human body. However, scientists have discovered only two places to inject the chip — the forehead and the right hand.
AT&T and Lucent Technologies purchased the franchise for Mondex. Their logo is symbolic of the Solar Serpent or Satan. The name Lucent is compounded from Lucifer enterprises. They named their products STYX, a river in Hades, Janus, two-faced god and inferno promoted with a quote from the inferno, a story about Lucifer in the pit of hell. They even chose to move their office to 666, Fifth Avenue in Manhattan.

Project Lucid
This global police set up was designed to monitor every man, woman and child once issued a universal biometrics card. Project Lucid will have a mind-control chip surgically implanted in the brain. Under this project, all undercover social security establishments will use its databases to monitor daily lives of people. All data will be linked, networked and processed by a central Gestapo where orders will be given to police, military and intelligence agencies. The global police state will comprise the FBI, KGB, CIA, DEA, DIA, NSA, IRS, EPA, OSHA, NCIC, USDA, FDA, NRO, BATF, FINCEN, INS, DOJ, WTO, Europol, Interpol, Mossad, and the MAB.

According to Nelly Paul, “666, when added, come to 9, which stand for greediness and natural disasters. It can either make or break. It is impulsive, restless, stubborn and inflexible.”

The biggest question that hunts our minds is if the end has finally arrived? The beast is controlling our lives and we are unaware. 666 is all over the place and is boiling down to globalization.

Popular posts from this blog

According to the Encyclopedia Britannica, Hermon means "Forbidden Place." Jerome (4th-century translator of the Latin Vulgate Bible) interpreted Hermon as "anathema." Mount Hermon was the port of entry for a group of wicked angels, who corrupted the human race in the days of Noah. Moses wrote: "The sons of God saw the daughters of men that they were fair; and they took them wives of all which they chose …. There were giants in the earth in those days, and also after that, when the sons of God came in unto the daughters of men, and they bare children to them, the same became mighty men which were of old, men of renown" (Gen. 6:1-4).

We have discussed these "Nephilim" in previous issues, but in this article, I want to add some things that you may not have heard before. For example, there is a rabbinical remark about this story in an ancient Jewish commentary, in w…
Read more

Does Bible Prophecy Foretell The Destruction Of Damasus?

July 01, 2012
DOES BIBLE PROPHECY FORETELL THE DESTRUCTION OF DAMASCUS? – Joel C. Rosenberg - http://flashtrafficblog.wordpress.com/2012/06/28/does-bible-prophecy-foretell-the-destruction-of-damascus/ Earlier this year, a prominent Member of Congress asked to meet with me in Washington, D.C. I thought the topic was going to be the possible coming war between Israel and Iran. Instead, the official asked, What are your thoughts on Isaiah 17? For much of the next hour, therefore, we discussed the coming judgment of Damascus according to Bible prophecy, and how this scenario could possibly unfold in the coming years in relation to other Bible prophecies and current geopolitical trends in the Middle East. Here is a brief summary of what I said. There are actually two key Biblical prophecies that explain that at unspecified time in the future, the city of Damascus will be completely destroyed judged by God and will not be inhabited again. * Isaiah 17:1-3 The oracle concerning Damascus. Behold, Dama…
Read more 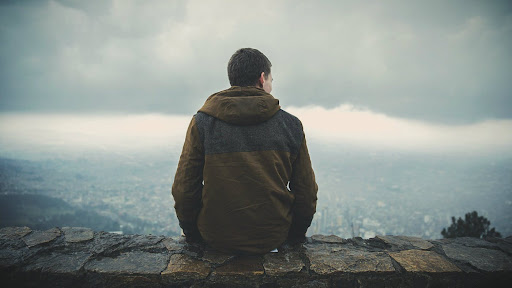 A NEW DAY
Retired Archbishop of The American Orthodox Church.